NOK received the Gold award of the XXIV competition "For the successful development of business in Siberia-2019". 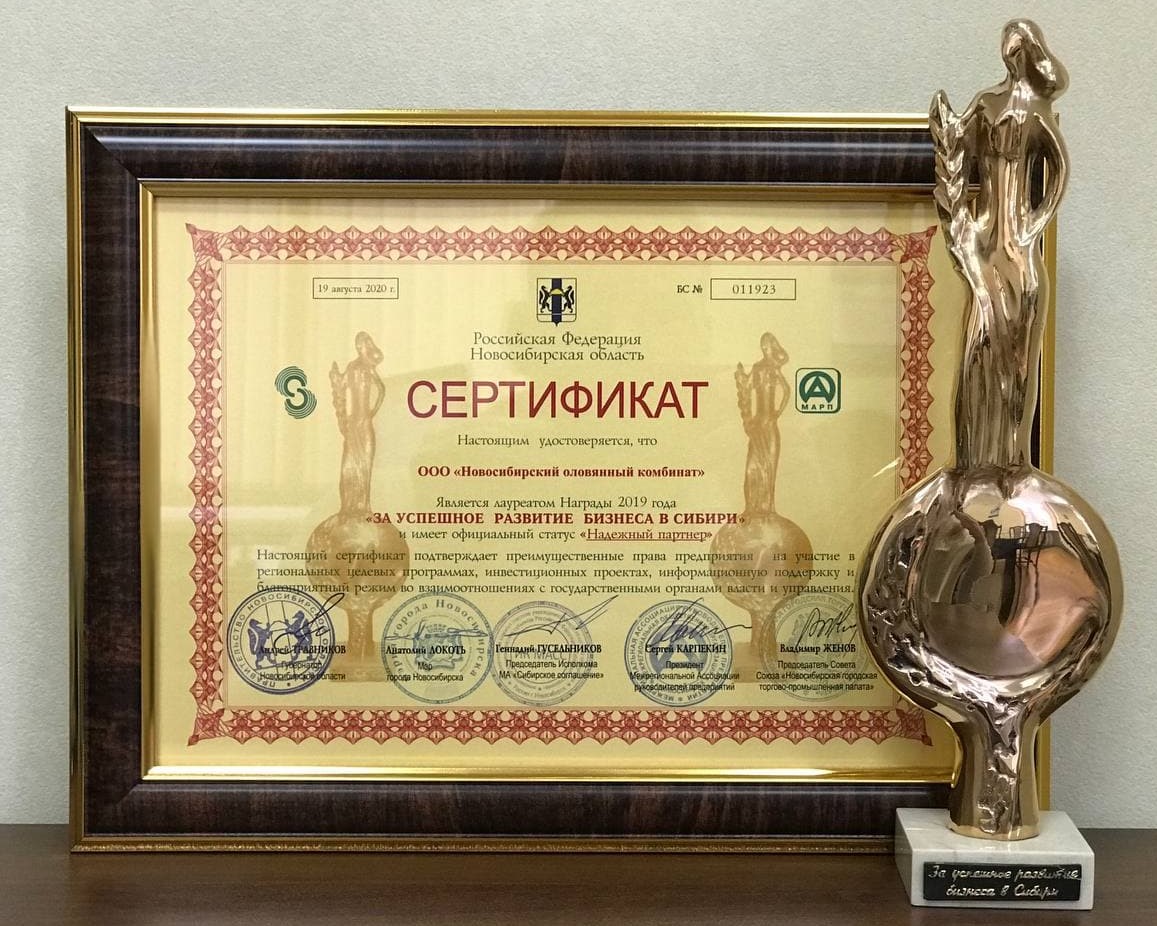 In April-August 2019, the government of the NSO, the mayor's office, the Siberian Agreement interregional association for economic interaction of the constituent entities of the Russian Federation and a number of other organizations conducted a competitive selection among regional enterprises. The market leaders have received awards.

This year, the competition covered the main sectors of the economy, namely, mechanical engineering and metalworking, the defense industry, light, electrical industry, construction industry, transport, communications, agricultural production, and the service sector. In total, 62 enterprises from 21 districts and cities of the NSO participated.

NOK received the "gold" statuette of the competition, which demonstrates the growth of basic production and economic indicators, popularity and demand in the market. This is not the first victory of our company. Last year, the Expert Council awarded the NOK with a silver award.

We use cookies for your convenience. By staying on the site, you confirm that you have read the Cookie Policy on our portals and agree to their use.